Stress and how it can effect hormones

In times of stress our bodies are equipped for survival. Our fight/flight response will activate and our brain starts to respond from a different place. Stress can lead our brain to feel we are in danger and it will respond, which then makes our body respond.

• The pituitary gland releases high levels of prolactin (hyperprolactinemia). It can also cause a deficiency in the amount of progesterone produced after ovulation which can result in a uterine lining that is less able to have an embryo implant. Men have been known to lactate at times of high levels of stress.

Our mind body link is evident here and although we cannot see what is happening, we do see the results.

The part of the brain that responds to trauma is called the Amygdala, sometimes referred to as the reptilian part of our brain. It is with us since birth, and is about the size of a babies head! And doesn't change. Other parts of the brain grow around it during childhood. This part is responsible for survival and reacts automatically, to keep you alive. The only choice you have in response, is to react ready for trauma response. Even if it is a perceived trauma, like "I have an exam today" that is enough to set that part of your brain into action. Then it will take over the brain and other parts; like the pre frontal cortex, will be in a shutdown. Once the danger has passed, the response is no longer needed so the amygdala switches off. Then the pre frontal cortex' or thinking brain. comes back on line and is wondering what happened, or why we didn't fight back and just froze.

This helps with night terrors, feeling disconnected, feeling rage, feeling confusion and ultimately panic. If you feel aware you do not react with panic, there is an other response to trauma, which involves a shut down of all emotions and a numbing of the sensations.

This system that I am describing is the PolyVagal Theory. There are two distinct states one relating to trauma response and the other to social state. They are called Dorsal Vagal complex and the Ventral Vagas complex, respectively. These states can be harnessed to help us deal with trauma and the after effects.

Shame becomes a trauma response because it is part of our primary survival. If we do not know what our tribe are doing, or accepting, we risk being an outsider and this has a massive impact on our survival. Think of the way we can feel if we are the only one in the office who does not watch the soap, it can be very isolating. Or the infamous episode of Friends, when Rachel starts to smoke so she could find out stuff, which otherwise would be unavailable to her.

I have dedicated a tab to shame, take a look. We need to identify shame, so we can harness it's knowledge, but also so we can control the overwhelm it can cause. 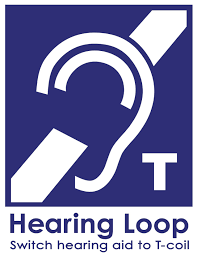 To view Archive thoughts from me